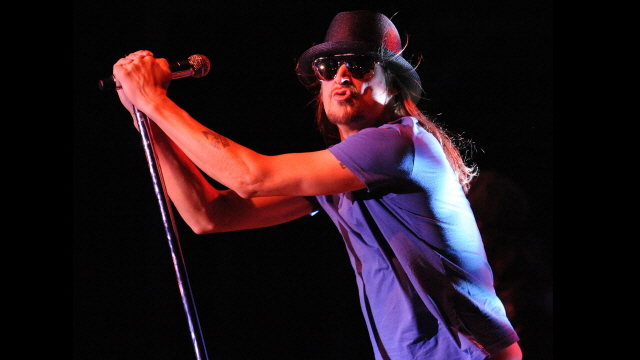 If Kid Rock does run for Senate, Americans can finally answer the question of whether it is possible to contract an STD by watching a campaign rally. (Credit: Pixabay user 12019) CC0 1.0

It’s been quite a week for celebrities wanting to join the political circus, because surely governing is as easy as becoming a designer by lending your name to a fashion label. After all, we have a reality TV host in the White House, the former comedian Al Franken as Senator from Wisconsin (who has ruled out an Oval Office bid in 2020), and The Terminator as a recent governor of California.

Kid Rock, aka “American Bad Ass”, declared himself a candidate for a Michigan Senate seat  with one problem.  He didn’t register his candidacy or report campaign contributions because — I am going out on a limb here — someone with the nickname American Bad Ass isn’t real big on investigating the nuances of political finance law.

Clearly, all you have to do is say you’re running, put up a website naming yourself “Pimp of the Nation” (yes, he really did this), and some roadie handles the details while fetching you a fat Hollywood rail of coke.

The group Common Cause filed the complaint with the Federal Election Commission in investigate the matter, calling for the agency to “impose appropriate sanctions for any and all violations.”

Regardless of whether Kid Rock says he’s only exploring candidacy, he’s selling ‘Kid Rock for Senate’ merchandise and is a candidate under the law. This is campaign finance law 101. Given the activities we’ve documented in the complaint, he can’t reasonably claim to be merely testing the waters of candidacy and thus exempt from candidate filing requirements. He is a candidate and is obligated to abide by all the rules and make the same disclosures required of everyone else running for federal office.

Rock’s pithy reply is one we’ve come to expect from the New Improved Republican Party(TM):

Go fuck yourself. . . .I have still not officially announced my candidacy.

But wait, it gets better. Wearing a see-through sheath cut down to there, and styled to emulate Cher, Kim Kardashian announced in a fashion magazine that she was finally ready to impart her political wisdom to the world as well.

We’ve worked so hard to get to where we were and to have so many things that we were so proud of in our country, to just literally revert backwards is the most frustrating thing. Every single day when you can’t really believe what’s going on, the next day it’s something else even more crazy and tragic.

What you should take from this is that as narcissistic celebrities enter the political sphere, they are going to have a rude awakening that their sense of outrageous entitlement does not excuse them from the 254-page screed regarding campaign finance law, or sharp public rebuke, even if you have 55 million followers on Twitter.