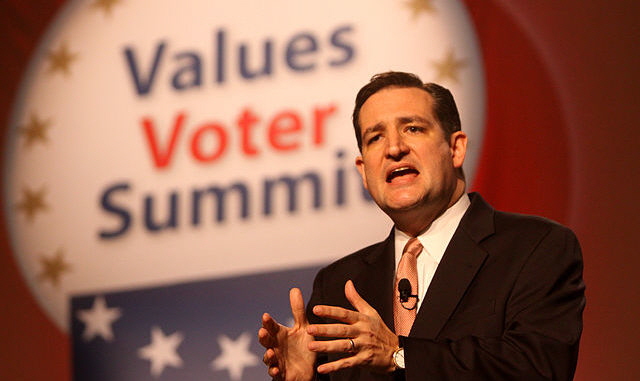 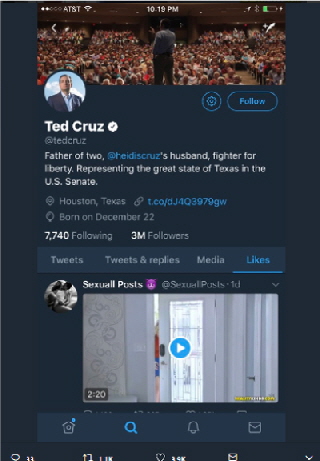 Americans have long since accepted that it is the Republicans who are embroiled in sex scandals, such as Republican State Senator Ralph Shortey, a Trump campaign worker who was found in an Oklahoma hotel room with an underage boy. Or Ted Haggard, leader of the National Association of Evangelicals who preached that homosexuality was an abomination and later had a long term relationship with a male prostitute. And finally, who can forget toe-tapping US Sen. Larry Craig (R-ID), who was arrested after soliciting sex from an undercover cop in an airport bathroom?

The painful irony was that Cruz, as Texas’ solicitor general, defended a 2007 state law banning the sale of sex toys, and had earlier argued that individuals had no right to use them. No, really, he did this because, apparently, Republicans are so full of self-loathing, they must shape everyone else into what they wish they could be, but fail to achieve. It surely must be a miserable life.

Shortly after Twitter lost its collective shit, the offending “like” was removed. A member of Cruz’ staff, Catherine Frazier, his senior communications advisor, tweeted that “the offensive tweet posted on @tedcruz account earlier has been removed by staff and reported to Twitter.”