Why Kellyanne Hasn’t Been Fired Yet 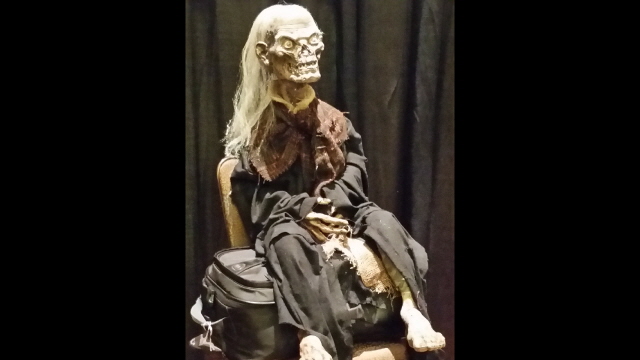 Kellyanne Conway readies herself in the Hair & Makeup Department prior to her appearance on Fox News. (Credit: Michel Curi) CC BY 2.0

On Wednesday, the human cockroach in a skin suit, Kellyanne Conway, made the media rounds to take advantage of the near-nonstop coverage of Hurricane Harvey to promote her boss and patron, Donald L’Orange, as savior of the universe and a helluva guy who is definitely not in cahoots with Russia. How dare you insinuate such a thing.

If we took a nationwide opinion poll of who in the current administration was the most evil, corrupt, boot-licking sycophant, the top three positions would surely go to Kellyanne Conway, Kellyanne Conway, and finally Kellyanne Conway. And today, she cemented her place as a truly vile, reprehensible human being by using the Hurricane Harvey disaster to take shots at the media. 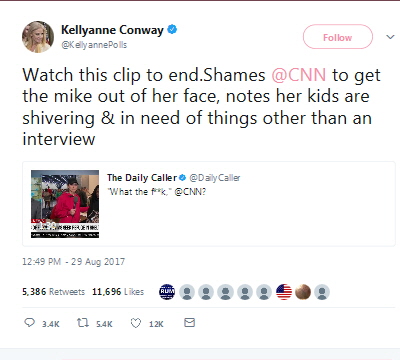 Conway was referring to a woman being interviewed by CNN who was stressed out and didn’t want cameras filming her family. Fair enough.

Twitter pointed out that many journalists on the scene had been saving lives, a fact that the Crypt Keeper failed to mention. 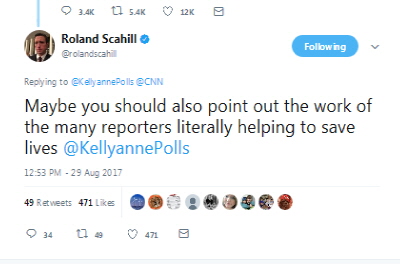 But what is so nauseating is that Conjob is complaining about too much news coverage, then goes on Fox News and complains there isnﾒt enough media attention and praises the media:

We want to thank the media for really connecting people with the information they need.

Such soulless gutter trash is the perfect person to serve as adviser to the Devil Incarnate in the White House. From the looks of it, she’s already bought a penthouse suite in Trump Tower Hades and is preparing to run for condo board president.