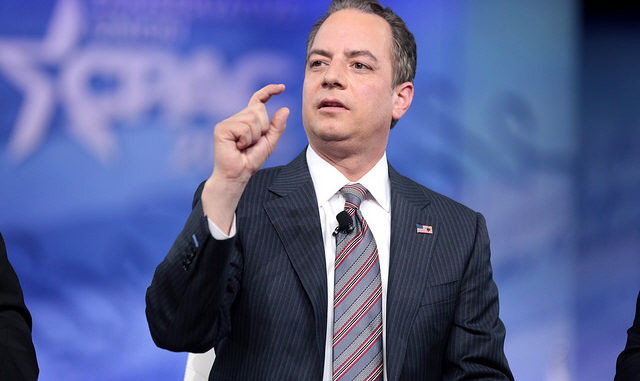 As major hurricanes barrel down on the US, a different kind of storm is brewing at the White House after it was reported that special counsel Robert S. Mueller III was seeking to question current and former aides to the So-Called President.

Topping the list is communications director Hope Hicks, 28, who has retained Robert Trout, a founder of the law firm Trout Cacheris & Jani. She is close to Trump (a little too close, some say) and has been involved with the family since prior to the official launch of his presidential bid. She even helped Ivanka expand her fashion line.

Also on the list is former press secretary and controversial figure Sean Spicer, and former chief of staff Reince Priebus, who have a great deal in common. Both are formerly affiliated with the Republican National Committee, both joined after the election, and both were abused by Trump.

Spicer resigned after it was announced that Anthony Scaramucci would serve as White House communications director, an appointment that both men opposed. Priebus left after a scathing attack by Scaramucci, calling him a “paranoid schizophrenic, a paranoiac,” in a public appearance blessed by Trump. The level of disrespect toward these two men was nothing short of breathtaking.

Mueller is also expected to interview White House counsel Don McGahn, and one of his deputies, James Burnham. Rounding out the list will be the heir-apparent Jared Kushner, amid mounting scandals of his own involving his sketchy finances.

It appears that Mueller is also digging deep into the Trump Tower meeting between Junior and Russian representatives, and he is questioning those who had a hand in crafting statements, including the one drafted on Air Force One which involved Daddy himself.

Let’s hope they all got their stories straight.