How to Piss Off a Trump Voter 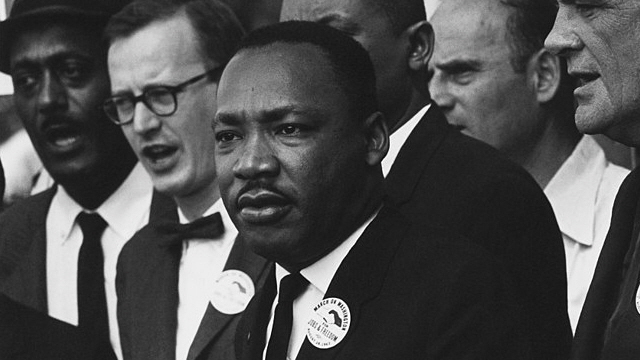 To piss off your conservatives friends and family, show them a photo of any black man. (Credit: National Archives) CC0 1.0 Universal Public Domain Dedication

Want to piss off a Trump voter?   Show him this:

Give them no context, no reason, just show it to them. Researchers have identified that this photo of a random black man seems to infuriate Trump voters.

A recent study suggests that individuals who exhibit high levels of racial animosity strongly support Donald Trump, while racial liberals strongly oppose him. Another study showsﾠthat Trump supporters are much angrier about housing assistance when shown a photo of a black man while Clinton fans are unmoved.

We find that white Trump supporters randomly exposed to a black (versus a white) man in the context of soliciting their support for a housing-assistance policy were more opposed to the policy, angrier about the policy, and more likely to blame beneficiaries for their situation. The opposite pattern prevailed among whites with unfavorable opinions of Trump. Our results help provide new insight into how Trump supporters and opponents differ in their responses to the salience of race in American politics. Support for Donald Trump—not partisanship or ideology—uniquely captures distinct reactions to our experimental manipulation of race. That is, support for Donald Trump appears to serve as a basis for polarized responses to racial cues in its own regard.

In other news, water is wet.

What should this tell you?  Trump supporters are racist, angry, and irrational people.

But we didn’t need a study to tell us that, did we?